What is Forgiven follows Anna Klein, who has been working with the Monuments Men for a few months and continues to struggle to put her life back together. In this book, she confronts the Holocaust and her complicity, as a German citizen, in the atrocities the Nazis committed. Because the Nazis stole the property of Jewish collectors, the art now under the Americans’ control must be restituted. But she learns that when the stakes are this high, people rationalize their greed and crimes to protect themselves, their reputations, and their loved ones.

The series is inspired by the circumstances of the German half of Yetmen’s family at the end of World War II. Although no one worked with the Monuments Men, her grandmother, who was displaced, along with her great-grandmother and mother—then five years old— was lucky enough to get a job working for the American Occupation Forces. Yetmen’s day job as an architectural writer sparked her interest in the work of the Monuments Men, many of whom were architects. The two ideas collided to create the stories of the Anna Klein Trilogy. 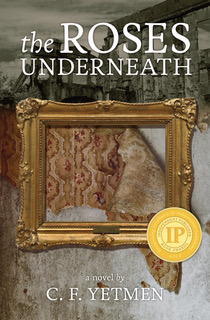 You can also order the first book of the trilogy, The Roses underneath, on Amazon